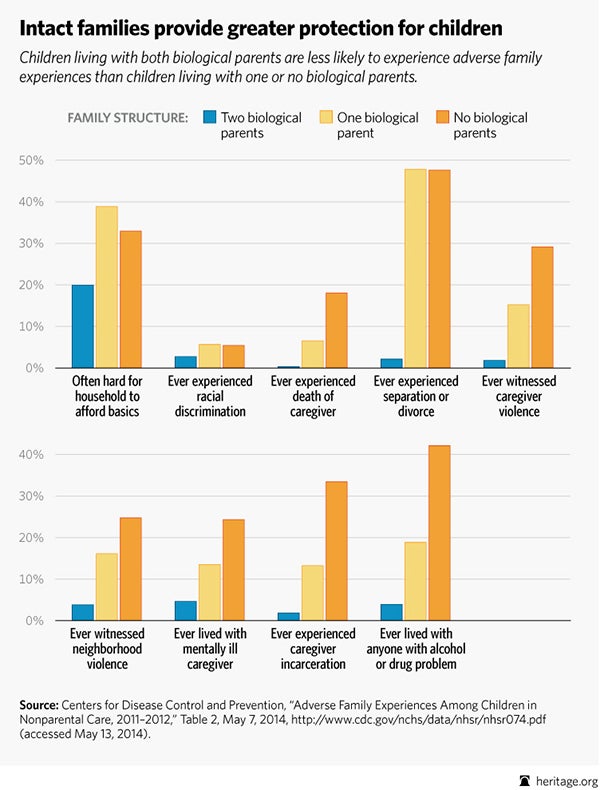 As the report points out, social science research suggests that the cumulative effects of adverse experiences could be long-lasting, such as negative health outcomes. Sadly, only about one in five children with a single biological parent or neither parent has been spared these negative experiences, compared to 70 percent among those in intact families. By contrast, while less than 1 percent of children in intact families have experienced four or more of the adverse experiences, 14 percent of their peers living with just one parent have. The figure is 30 percent for those living with neither parent.

Decades of research shows that children tend do best in intact families. However, the share of children living with two married biological parents has been declining steadily. This has serious implications not only for individual well-being but for the well-being of society. It is more important than ever to strengthen marriage to ensure that as many children as possible have the opportunity to be raised in intact families and the greatest opportunity to thrive.