“In this present crisis,” Ronald Reagan famously declared, “government is not the solution to our problem; government is the problem.” These words, though they inspired a generation of conservatives, almost sound quaint today.

Government of course remains the problem, but the nature of that problem has evolved dramatically since Reagan’s first inaugural. If Republicans want to grow their party into a national majority, we must begin, as Reagan did in 1981, by confronting our present crisis: America’s large and growing Opportunity Deficit, namely, immobility among the poor and insecurity in the middle class.

Compounding the shortage of opportunities among the poor and middle class is an unholy union of big government, big business, and big special interests that twists public policy to benefit Washington insiders unfairly at the expense of everyone else.

This is America’s growing crisis of crony capitalism, corporate welfare, and policy privilege, and it represents a uniquely malignant threat to American exceptionalism.

The free enterprise system is based on the fundamental equality of opportunity for all—to succeed and to fail—on a level playing field, but cronyism cements the status of the politically well-connected, making it easier for favored special interests to succeed and harder for their competitors to get a fair shot. As a result, honest small business owners, would-be employees, and investors are unfairly kept on the sidelines of a rigged game.

Cronyist policies come in many shapes and sizes—from subsidies and loan guarantees to tax loopholes and protective regulations—but they all work the same way: The elite leaders of big government, big business, and big special interests collude to help each other climb to the highest rungs of success, and then pull up the ladder behind them.

With deep roots and powerful friends, the policies that contribute to America’s Opportunity Deficit will certainly not fix themselves.

But this is only the beginning. We must enlist more lawmakers to join our fight for economic fairness at the top of our economy, starting with a zero-tolerance policy toward special-interest privilege.

The upcoming battle over reauthorizing the Export-Import Bank—one of the most egregious cases of corporate welfare—is the perfect chance to show the public who in Congress believes that even the wealthy and well-connected have to earn their success on a level playing field, subject to the judgment of the market.

An artifact of the New Deal, the Ex-Im Bank now exists to dole out taxpayer-backed loan guarantees to foreign buyers of American goods. Supporters of the bank claim it is essential to maintaining American exports, yet most of the benefits go to a small group of well-connected corporations that are perfectly capable of securing private financing anywhere in the world.

If it reauthorizes the bank’s charter this year, Congress would allow Ex-Im to redirect money from hard-working Americans to politically favored corporations, deliberately rigging the rules for big government and big special interests and against everyone else. The fight against reauthorizing the cronyist Ex-Im Bank is probably the most important and winnable effort conservatives can take up this year.

Far from some kind of romantic purity test or campaign gimmick, anti-cronyist reform is at once pro-growth, principled, and popular. Indeed, it is essential to transforming our movement into a majority.

Senator Mike Lee (R-Utah) will be speaking at Heritage on this topic at 12:30 p.m. ET today. Watch the event online! 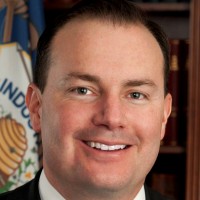