Hobby Lobby in their blood: David and Barbara Green and extended family. Photo: The Becket Fund

NEW ORLEANS — Two days after the Supreme Court heard arguments in defense of religious liberty against a controversial Obamacare mandate, The Heritage Foundation awarded its Salvatori Prize for American Citizenship to the two families who brought the suits—the Greens and the Hahns.

The presentation was made during a luncheon at the Sheraton New Orleans Hotel as part of the annual Resource Bank gathering hosted by Heritage.

As the Christian owners of two businesses, Hobby Lobby and Conestoga Wood Specialties, the families went to court to challenge Obamacare’s “HHS mandate,” the requirement that they provide certain abortion-inducing drugs and devices through employee health plans.

Under current law, their companies say they could be subject to fines between $95,000 and $1.3 million per day unless they agree to cover a few options in violation of their religious beliefs.

“Our family is now being forced to choose between following the laws of the land that we love or maintaining the religious beliefs that have made our business successful and have supported our family and thousands of our employees and their families,” says David Green, founder and CEO of Hobby Lobby.

Forcing Americans to surrender long-standing, deeply held principles in order to own and run a business is not merely troubling but unnecessary and unconstitutional.” In presenting the $25,000 prize to the Green and Hahn families, David Azerrad, director of Heritage’s B. Kenneth Simon Center for Principles and Politics, commended them for their principled stand. Azerrad said:

Our Founders knew better than to expect the Constitution and the Bill of Rights by themselves to protect our liberty. It is up to the people of America. In firmly resisting this encroachment on their rights, the Greens and Hahns are channeling the spirit of the Founders. 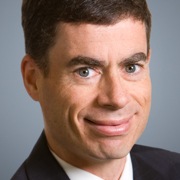