No Federal Funding for US Olympians There’s no doubt the modern Olympics are commercialized. Indeed, why must Coca Cola and McDonalds sully the Sochi Games with their big business marketing campaigns? The simple answer is: so that the athletes can compete. The Olympic movement is funded primarily through international sponsors, media broadcast rights, and national marketing and licensing campaigns. A significant amount of that revenue is distributed to the National Olympic Committees in each country and to programs that provide scholarship opportunities for potential Olympic athletes. Without the sponsorship money from companies like Coca Cola, many athletes would not be able to afford to train for and travel to the Games.

Even Team USA relies heavily on funding from international and national Olympic partners. The United States Olympic Committee (USOC) supporting American athletes is one of the only national committees in the world that does not receive any financial assistance from its government. It is a non-profit, 501(c)3, organization and is funded primary through sponsorships and licensing. Because the international sponsors are primarily American companies and U.S. broadcast rights generate more revenue than other media markets, the USOC receives a larger share of funding than the other national committees.

What seems like unnecessary commercialism is actually capitalism at work. International Olympic partners and the national team sponsors make the Games possible and – at least in the United States – without costing the taxpayers a dime. 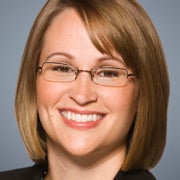