Cloakroom: Going for Broke on Amnesty

Analysis: Senate Majority Leader Harry Reid (D-NV) is looking to make good on his promise to pass an amnesty bill through the Senate before the chamber adjourns for its week-long Fourth of July recess. On Monday at 5:30 p.m., the chamber is expected to vote on the motion to invoke cloture (i.e., end debate) on a 1,190-page substitute amendment (known as Schumer-Corker-Hoeven). That rushed vote, coming just 75 hours after the rewritten bill became publicly available, is considered a crucial. If more than 60 senators agree to end debate, the amnesty bill could be headed for approval by the end of the week even though it is riddled with earmarks and, as Heritage notes, “does not even promise a reduction in illegal immigration.”

Analysis: This week, the House will consider a couple bills to expand domestic energy production just as President Obama announces his intention to regulate co2 emissions from existing power plants. This misguided attempt to stem global warming (yes, that again) would hurt working class Americans by increasing energy prices and making already scarce jobs even harder to find. It is also possible the House could bring a modified version of the failed Food Stamp and Farm Bill back to the floor. 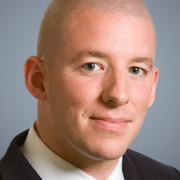