Another Subprime Idea from Obama The Obama Administration is reportedly pushing banks to increase mortgage lending to people with relatively weak credit in hopes of boosting home sales. But the very same policy under Presidents Clinton and Bush contributed mightily to the housing bubble that ultimately devastated millions of families in mortgage default.

Credit is indeed tight—a predicament that’s exacerbated by the President’s tax and regulatory policies. Reforms to those policies are needed to prompt housing-sector growth.

Home sales have improved in the past year—but there was no place to go except up. The rebound is largely confined to rental-property investments and established homeowners with exemplary credit. Home sales to younger, first-time buyers—those necessary to a healthy market—remain scant.

Nor are borrowers banging on bankers’ doors. Currently, only 58.6 percent of U.S. adults are working, a number that has barely changed since 2009. Young adults have been disproportionately affected. Indeed, the number of individuals age 18 to 30 living with parents or relatives has increased by more than one million above typical levels in recent years, according to research by the Federal Reserve.

At the same time, the regulatory jihad of Dodd–Frank has radically expanded creditors’ liability for mortgage defaults—among countless other new requirements that have made lending too costly for all but the most secure mortgages.

Hundreds of pages of new servicing standards, for example, entangle in red tape the collection of mortgage payments as well as maintenance of escrow accounts, loan modifications, and foreclosures. Other Dodd–Frank provisions dictate virtually every element of the loan process.

Of particular consequence is the Qualified Mortgage rule, which dictates the criteria that determine whether a borrower can repay the loan. Under Dodd–Frank, borrowers have the right to sue lenders for improperly assessing their “ability to repay” a mortgage. Lenders who write loans that do not meet the “qualified mortgage” criteria face a much greater risk of default litigation.

In the past, creditors would balance greater risk by charging a higher interest rate. But Dodd–Frank also punishes lenders who would do so.

The President’s call for (essentially) more subprime lending appears to conflict with these and other regulatory restraints he aggressively advocated. Perhaps the Administration now understands why Dodd–Frank opponents repeatedly warned that such policies would restrict credit.

Taxpayers should worry a great deal if the White House, as reported, is promising to cover the inevitable defaults of subprime borrowers. They have already forked over more than $100 billion to bail out the politically driven subprime lending of Fannie Mae and Freddie Mac.

The last thing the President should be doing is pushing banks to extend mortgages to people who cannot afford them. Been there, done that—with disastrous consequences. Credit will flow again on its own if crippling tax and regulatory constraints are lifted. 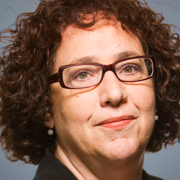