Morning Bell: The Marriage Debate Through a Child’s Eyes

Earlier this month, 11-year-old Grace Evans appeared before a panel of Minnesota lawmakers considering a redefinition of marriage in that state. She testified to the significance of her mother and father and the different contributions each makes to her life.

Then she ended with a simple question: “Which parent do I not need, my mom, or my dad?”

This week, attorneys will echo Grace when they appear before the Supreme Court to defend two marriage laws defining the institution as the union of one man and one woman. The Court hears arguments Tuesday on California’s Proposition 8 and Wednesday on the federal Defense of Marriage Act.

Americans are free to live and to love as we choose. And we’ve learned to make do in many circumstances when, for one reason or another, a mother and father cannot permanently be together with the children they’ve brought into this world.

But we have continued to give unique status in law to the union of a man and a woman—the only relationship that produces children—as a permanent, monogamous, and exclusive relationship. We uphold this ideal in the interest of children, of limited, constitutional government, and of America’s future.

That’s a message Heritage will convey at an event today featuring Ryan Anderson, Kellie Fiedorek of the Alliance Defending Freedom, and tea party activist Doug Mainwaring, a gay man committed to maintaining the definition of marriage because of its importance for children. Tomorrow, we’ll be joining many other Americans gathering on the National Mall for the March for Marriage.

Decades of social science, including the most recent and robust studies, confirm that children tend to do best when raised by their married mother and father. So it surprised many last Thursday when the American Academy of Pediatrics (AAP) endorsed same-sex marriage, challenging the ideal that children should have a mom and a dad.

“Based on ‘extensive research,’ this statement from a scientific organization may seem authoritative,” writes Heritage senior analyst Jason Richwine, Ph.D. “In reality, however, the AAP’s position is based on ideology, not science.”

As Dr. Richwine observes, “the bottom line is that the literature on same-sex parenting is not conclusive enough to generate any policy prescriptions from social science alone. We just don’t know nearly as much as the AAP claims that we know.”

He notes that “the AAP has a long track record of using its air of scientific authority to make pronouncements on ideological issues” like gun control and Obamacare’s Medicaid expansion.

“These are perfectly legitimate political positions, but they are not scientific positions. We should never confuse the two, especially not when dealing with an issue as important as the definition of marriage.”

Policy rightly recognizes marriage, respecting it as one of the institutions that mediates between government and the individual. This protects individual liberty, particularly the liberty of dependent children. Marriage helps limit the state.

Some have argued, however, that the Defense of Marriage Act (DOMA) violates the principle of federalism. That argument gets it backward, explains Matthew Spalding, Ph.D., Heritage’s vice president for American Studies. DOMA “was an attempt to preserve in place the ability of the federal government and the states to address marriage appropriate to their respective spheres of authority.”

Liberal media coverage has wrapped the movement to redefine marriage in a mantle of inevitability. It has highlighted shifting polls and support among young people.

But last week, The New York Times profiled young people standing up for the age-old institution of marriage, including two of Heritage’s own: William E. Simon Fellow Ryan Anderson and Andrew Walker, policy analyst in the Richard and Helen DeVos Center for Religion and Civil Society.

As Walker pointed out to the Times, Supreme Court action this year will not end the American people’s debate over marriage:

If you take the longer view of history—I’m not talking just 15 years, I’m talking 40 years or even 100 years—I can’t help but think that the uniqueness of man-woman marriage will be adjudicated over time.

It’s important to future generations that Americans understand what marriage is, why it matters, and the consequences of redefining it. The Supreme Court shouldn’t truncate the debate and redefine marriage by judicial decree to include same-sex relationships.

This week is only the beginning of a great national conversation about our most fundamental institution. Heritage and its allies have produced a new booklet to help you engage in this conversation. Join us in the effort to restore a strong culture of marriage in America, for today’s children, and for generations yet to be born.

Marriage: What It Is, Why It Matters, and the Consequences of Redefining It, by Ryan T. Anderson

The Constitutionality of Traditional Marriage, by John Eastman

What Is Marriage? Man and Woman: A Defense, by Robert P. George, Ryan T. Anderson, and Sherif Girgis 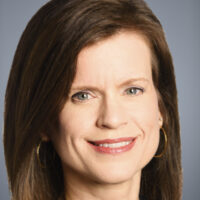