“One of our big problems right now is our deficit,” Dr. Carson states. “Our national debt, 16 and a half trillion dollars—you think that’s not a lot of money? Counting one number per second, you know how long it would take to count to one trillion—507,000 years.”

I don’t like to bring up problems without coming up with solutions… What about our taxation system? It is so complex, there is no one who can possibly comply with every jot and tittle. That doesn’t make any sense.

Some people say, ‘That’s not fair! It’s doesn’t hurt the guy who made 10 billion dollars.’ Where does it say you have to hurt that guy? He just put a billion dollars into the pot!

Similar to Dr. Carson’s ideas, The Heritage Foundation has proposed a new flat tax as part of the landmark reform plan Saving the American Dream.

Growing up in dire poverty, Dr. Carson tells of taking responsibility for his own decisions thanks to “a mother who believed in me, who would never allow herself to be a victim no matter what happened—she never made excuses, and she never accepted excuses from us.”

Carson says his mother paved the way for a better life by insisting he and his brother read rather than watch television:

After awhile, I actually began to enjoying reading those books. I read about people of great accomplishment.

As I read those stories, I began to see a connecting thread: the person who has the most to do with what happens to you in life is you. You make decisions, and you decide how much energy you put behind those decisions. At that point I didn’t hate poverty anymore, because I knew it was only temporary: I could change that.

Dr. Ben Carson, whose life was dramatized in the 2009 film Gifted Hands, recently authored the book America the Beautiful: Rediscovering What Made This Nation Great with his wife Candy. 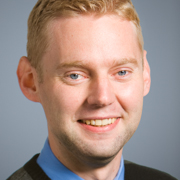