The Department of Energy (DOE) released its long-awaited “Strategy for the Management and Disposal of Used Nuclear Fuel and High-level Radioactive Waste” Friday afternoon.

Its big proposal? Build a small interim storage facility and then a big one. Then, far enough down the road that no one will care now or remember then, build the repository that we actually need. The problem is that building the interim storage sites now eliminates any incentive to build the permanent site that the nation needs. That’s because moving the fuel to an interim storage site achieves the primary objectives of both the government and nuclear utilities, which is to move the waste away from nuclear power plants.

Interim storage fixes both problems. It gets the waste off the utilities’ sites and eliminates the DOE’s growing liability. Problem solved, right?

The problem is that there are long-term energy policy implications.

The DOE strategy not only removes the incentive to build a repository, but it also does nothing to fix the misalignment of incentives, responsibilities, and authorities that emanate from a system that separates waste producer from waste manager.

Indeed, the one common thread to nearly every system in the world where nuclear waste is being successfully managed is that waste producers are responsible for waste management. In Japan, Sweden, and Finland, the nuclear utilities—not the government—created new organizations to manage waste. In France, it is true that nuclear waste entities are government-based, but so is the majority of the French nuclear industry.

The Waste Isolation Pilot Plant in the U.S. follows the same pattern. That facility is government-run, and it holds government defense waste. The DOE completely ignores this proven key to success.

By neither questioning the fundamental assumptions that underlie the current failed system nor clearly setting forth a path to build a permanent geologic repository, the DOE’s strategy, if implemented unchanged, leaves the U.S. nuclear industry stuck in a state of suspended animation. 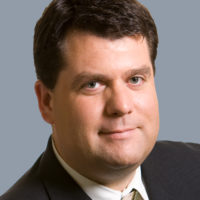