Bankrupt or not, Solyndra continues to dig deeper into taxpayers’ wallets. Over the past year, the Departments of Energy (DOE) and Justice (DOJ) have doled out approximately $2.5 million in taxpayer money to clean up the aftereffects of the failed Solyndra experiment. Apparently in the midst of all the paperwork, the federal government missed the memo instructing that when you’re in a hole, quit digging.

Based on the publicly available government records, the awards and contracts this blog discusses are separate from the money awarded to Solyndra as part of the loan guarantee program in the Energy Policy Act of 2005. When the government willingly risked $570 million of taxpayer money to fund Solyndra, there was good reason to be upset. But it reaches a whole new level when the federal government continues to award contracts intended to clean up the very mess it created. It’s ironic that the government is spending even more taxpayer dollars in an attempt to recoup the money it never should have spent.

So how many companies received Solyndra-related contracts? How much money was awarded and for what purpose? Three companies were awarded four different contracts totaling an estimated value of $2.5 million in taxpayer money. All involve throwing good money after bad in hopes of ameliorating the problems that the government’s poor discretion caused in the first place.

This blog is the first in a two-part series. This entry examines two of the three companies, Lazard Freres & Co. and Labat Anderson. The second blog in the series will discuss federal contracts awarded to the law firm Morrison & Foerester.

Lazard Freres & Co.: While this contract was awarded on August 25, 2011—less than two weeks before Solyndra’s bankruptcy—the DOE continued funding this contract until approximately a year after Solyndra closed its doors. According to the Federal Procurement Data System (FPDS) site, the description for this contract reads, “Provide DOE with comprehensive financial advisory support for the restructuring of Solyndra Inc. loan and provide advice on the restructuring of the company both in and outside of bankruptcy, and provide counsel on the path forward, which provides for the greatest protection of taxpayers interests.” According to the FPDS, due to the urgent nature of this contract, there was no competitive bidding process. With an initial completion date set for November 2011, the contract was not “closed out” until August 2012.

Labat Anderson: Awarded by the DOJ, this contract was first signed on January 19, 2012. Perhaps this one is most disconcerting because the award’s description reads, “Automated Litigation Support Service—to support Solyndra (DOE).” Based on the information available and a basic understanding of the English language, the wording of this contract description reveals that these services went “to support Solyndra.” Although attempts to contact the DOE staff were made to obtain additional clarification, the email contact listed for this contract, like so many others, bounced back.

Note: The authors of this blog made several attempts to contact the DOE staff listed as contacts on the FPDS entries. Of the five contacts listed, three email addresses bounced back, one contact never responded or acknowledged our emails, and one contact responded, but provided minimal information. Phone calls were not answered or not returned. Additionally, modifications to contracts in the FPDS system can be made at any point, even after the contract is “closed.” 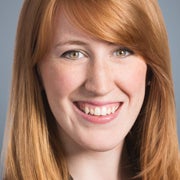