An SOS for the Coast Guard The Coast Guard needs to call more attention to its undersized fleet, according to Congressional Research Service expert Ron O’Rourke. While the sea service has publicized its requirement list, “the other part [of the discussion] is the extent to which that program of record will permit the Coast Guard to perform its projected missions. That’s the part that doesn’t get talked about generally,” O’Rourke explained at the 2012 Sea-Air-Space convention in Washington, D.C.

O’Rourke’s concern is worth noting. However, the Coast Guard probably will not even be able to reach the goals it has stated. For example, the sea service’s requirement for National Security Cutters (NSC) is eight vessels. The fiscal year (FY) 2013 budget cut this fleet off at six NSCs, though the Coast Guard never reduced its requirement, and no one in the Department of Homeland Security has explained what effect this will have on the Coast Guard’s missions. This fleet had already been reduced by half, a decision which the Coast Guard publicly explained. Before cutting out two more, the sea service should fully address the ramifications of such a decision on U.S. maritime security.

The Coast Guard has fallen below its icebreaker requirements as well. The sea service’s own “high latitude study” concluded that, to accomplish all its polar missions, the Coast Guard requires three heavy-duty and three medium icebreakers. Currently, the service sails one medium icebreaker and is keeping two heavy-duty icebreakers afloat (though neither is operational). The heavy duty Polar Star has received funding to restore it to working order for an additional seven to 10 years, though it is well past its planned service life. The FY 2013 budget adds $8 million to begin research on one new heavy-duty icebreaker, but this represents a drop in the bucket for the program. The new icebreaker could cost as much as $1 billion and take 10 years to build.

One can look to McMurdo Station, Antarctica, to witness the effect this depleted force is having. The U.S. has had to rely on Russian icebreakers to make way for U.S. supplies to the station. The Coast Guard is called upon to operate in both polar regions on opposite ends of the world with just one moderately capable and one barely operational icebreaker. This is unacceptable.

The Department of Homeland Security budget includes $1.2 billion to “Responsibly Rebuild the Coast Guard.” This budget cuts two future NSCs and barely addresses the dire state of the icebreaker fleet, all while failing to account for the effect such decisions will have on mission requirements. Furthermore, relying on other nations to fulfill national security requirements can by no means be called responsible. The Administration and Congress should act responsibly and support a robust Coast Guard fleet. 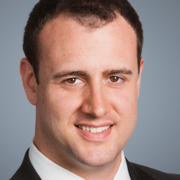