Monday’s Obamacare Argument: A Taste of Things to Come

The biggest news from the Supreme Court’s oral argument on Obamacare today is that no justice indicated he or she would be troubled reaching the merits of the larger constitutional challenges to the law. The issue today was whether the Anti-Injunction Act (AIA) would bar the Court from considering the challenge to the individual mandate in the President’s health care law, and all eight justices who asked questions seemed satisfied that one of several exceptions to the AIA applied, thereby allowing them to hear the other legal issues.

The justices’ questions only hinted at those larger issues a few times today, including Justice Samuel Alito’s questioning of Solicitor General Donald B. Verrilli Jr., arguing on behalf of the United States and in defense of Obamacare.  Verrilli opened his argument saying that the case was one of great import and that the AIA did not bar the Court from resolving it.  Justice Alito fired the first question to the government asking, essentially, thus:  “You say it is not a tax today, but it is a tax tomorrow?” The government attempted to parse the legal distinction between the two arguments, but the question really laid bare the larger contradiction.

At other times, the justices concentrated on the injury to the states arising from their higher Medicaid program costs that result from the individual mandate.  Greg Katsas, arguing on behalf of the National Federation of Independent Business and the states, which are both challenging the law, did an outstanding job fielding those questions.  In response to a line of questions suggesting that the mandate wasn’t really meaningful without the penalty to enforce it, Katsas reminded the Court that it mattered whether someone was required by law to do something, even if the federal government might not be able to enforce that law.  In short, for law-abiding citizens like his clients, it mattered more whether the mandate was lawful, and not only how it was enforced.

Sitting one seat away from me in the Supreme Court Bar section today was Mike Carvin, who with Paul Clement, will split an hour of argument tomorrow about why the individual mandate is unconstitutional.  Clement was at the counsel table with Katsas.  I won’t attempt to characterize their reactions, but they both must know that their argument tomorrow will be consequential.  Indeed, they both know that the fate of our constitutional republic lies in the balance.

Todd Gaziano is the Director of the Center for Legal & Judicial Studies at The Heritage Foundation. 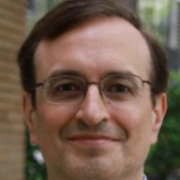