On February 21, Azerbaijani counterintelligence services arrested Iranian agents planning terrorist attacks against Israeli diplomats and prominent members of the Jewish community. This is the second such cell being intercepted since the beginning of the year.

This is a part of Iran’s shadow war against Israel conducted from New Delhi to Tbilisi, Georgia. Some say the attacks are a tit-for-tat for the alleged Israeli operations against Iranian nuclear scientists working on Tehran’s nuclear program. But there is more.

Arrests of Iranian agents in Azerbaijan indicate the heightened level of Tehran’s terrorist activity aimed at the oil-rich Caucasus state. Relations between Baku and Tehran in recent years have been steadily deteriorating, mainly due to developing ties between Azerbaijan and the U.S./NATO.

The Iranian pressure against Baku warrants a firmer response by the U.S. and the West.

Geopolitical tension is running high in the Middle East as the U.S. and Europe step up sanctions designed to starve Iran’s oil revenue stream. The sanctions’ aim is to force Iran to give up enriching uranium. It is a consensus among nuclear experts that Iran’s program is not designed as a peaceful civic project, as its government asserts.

In addition to the sanctions, Iran wages a shadow war against Israel—and now increasingly against pro-Western Azerbaijan, which is located on the land-locked Caspian Sea in the Caucasus. Tehran recently conducted operations against Israeli targets in Tbilisi, New Delhi, and Bangkok.

An article in the Times of London last week reported that the Mossad is engaged in clandestine activities in Azerbaijan. The article enraged the Iranian foreign ministry, which accused Baku of exfiltrating Israeli agents after the assassination of an Iranian nuclear scientist. These claims were baseless.

In the face of Iranian threats, Azerbaijan is seeking good relations with the West. Ilham Aliyev, the president of Azerbaijan, visited NATO Secretary General Anders Fogh Rasmussen on February 15. Following the meeting, the two parties issued a joint statement describing the stronger ties that Azerbaijan wants to form with NATO.

In the most recent attempt at covert action, weapons for the murder squad were smuggled into the country under the direct supervision of Iran’s intelligence services. Preparations for this attack—down to photos, names, and exact details of the Israeli targets in Baku—were meticulously prepared weeks before the Iranian–Hezbollah operation in Georgia.

Arastun Orujlu, the head of East–West Institute, an independent Baku-based think tank, puts Iran’s aims in perspective: “Iran tries to provoke Israel. Iran needs an external factor to mobilize and unite the society, but it realizes that it will lose a big war. That is why Iran is trying to provoke Israel to engage in smaller-scale confrontation.”

In addition to Azerbaijan’s foreign policy priorities, Iran’s has a problem with the Baku’s secular nature. This is not surprising, as millions of ethnic Azeris live in Iran, and may want a freer life, like their brethren in Azerbaijan.

Iran attempts to undermine secular Azerbaijan by beaming Shia Islamist propaganda broadcasts and supporting radical organizations, especially in Azerbaijan’s south. Unsurprisingly, the government in Baku is guarding against radical Shiite organizations that may try to gain political power. The Hezbollah model is not for Azerbaijan.

Azerbaijan is already a key strategic partner for the West, but common interests lead to expanding ties. A closer partnership would result in increased oil and gas supply from the Caspian basin. This would assist European energy diversification and allow Central Asian energy resources to flow west via Azerbaijan.

The U.S. should boost cooperation with Baku, including counterterrorism, intelligence cooperation, and border security improvements. The Obama Administration should take the lead and encourage Europe and Turkey to do the same. There is also room for expansion in exchange programs for scholars, students, experts, and journalists, which Baku welcomes.

It is high time to appoint a new, high-profile U.S. ambassador to Baku after Matthew J. Bryza’s recess appointment has expired. It is time to engage Azerbaijan as a true strategic partner in the region rather than a supply outpost for Afghanistan or an alternative “gas station” beyond the Persian Gulf. Azerbaijan will be having a huge impact on how the conflict with Iran will develop, but more importantly, it is and should remain a long-term friend of the U.S. 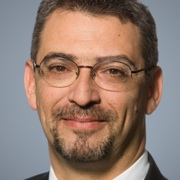