February 7-14, 2012 is National Marriage Week. During this week, a series of blogs explores the latest trends in marriage and their implications for adults, children, and society.

Though “Americans believe overwhelmingly in the importance of marriage,” for decades now, marriage has been steadily declining.

Marriage. Americans have become less likely to marry. In 1960, about two in three adults were married, compared to one in two adults today. This is partly because Americans are marrying later. Since 1970, the median age for first marriage has increased by more than five years for both men and women. According to the National Marriage Project, other contributing factors include rising cohabitation, a small decreased tendency toward remarriage, and perhaps some increase in lifelong singlehood.

Divorce. Since its peak in 1980, the annual divorce rate has declined slightly but remains high—nearly double the rate in 1960. Overall, 40 percent to 50 percent of first marriages will end in divorce or separation. However, some emerging data suggest that recent marriages are becoming slightly more stable. For example, couples who first married in and after the late 1980s are 3 percentage points more likely to celebrate their 10th anniversary than those who first married in the early 1980s. Higher income, marital birth, older age at marriage (after age 25), intact family of origin, religious affiliation, and college education all appear to lower the risk of divorce or separation during the first 10 years of marriage.

Cohabitation. Since the 1970s, cohabitation has become increasingly common. Prior to 1970, only about 1 percent of all couples (or 523,000 couples) living together are unmarried. Today, nearly 12 percent (or about 7.6. million couples) are. Among adults ages 25–44, more than 60 percent have cohabitated at some point. Cohabitation, however, is short-lived. After three years, only one-third of the cohabiting relationships remain. (About one-half transition to marriage, and the rest break up.) Even cohabitation with one’s eventual spouse may diminish the subsequent marriage’s stability. The likelihood of making it past their 10th anniversary is 10 percent lower if they had lived together with their wives prior to marriage.

Children’s living arrangements. For many, marriage is no longer treated as necessary for the begetting and raising of children. Since the 1960s, unwed childbearing has skyrocketed. Today, four in 10 children born are to unwed mothers, and the figures are higher among African-Americans (seven in 10) and Hispanics (five in 10). Unwed childbearing occurs primarily among women in their 20s and is the main driver of the growing share of children living in single-parent families.

Increasingly, a marriage caste system is dividing Americans, and its implications are troubling. Director of the National Marriage Project and University of Virginia Professor Brad Wilcox writes, “Among the affluent, marriage is stable and may even be getting stronger. Among the poor, marriage continues to be fragile and weak. But the most consequential marriage trend of our time concerns the broad center of our society, where marriage, that iconic middle-class institution, is foundering.” The evidence is powerful:

The retreat from marriage in Middle America cuts deeply into the nation’s hopes and dreams as well. For if marriage is increasingly unachievable for our moderately educated citizens—a group representing 58 percent of the adult population (ages 25–60)—then it is likely that we will witness the emergence of a new society. For a substantial share of the United States, economic mobility will be out of reach, their children’s life chances will diminish, and large numbers of young men will live apart from the civilizing power of married life.

This retreat is also troubling because highly educated Americans…have in recent years been largely unaffected by the tidal wave of family change that first hit the poor in the 1960s and has since moved higher into Middle America. Indeed, highly educated Americans, who make up 30 percent of the adult population, now enjoy marriages that are as stable and happy as those four decades ago. There is a thus a growing “marriage gap” between moderately and highly educated America. This means that more affluent Americans are now doubly privileged in comparison to their moderately educated fellow citizens—by their superior socioeconomic resources and by their stable family lives.

As such, America “is increasingly a separate and unequal nation when it comes to the institution of marriage.” 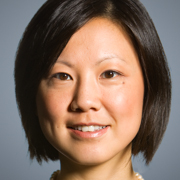