Earlier this month, Sami Osmakac, a naturalized U.S. citizen born in the former Yugoslavia, was arrested near Tampa, Florida, after federal officials uncovered his plan to unleash terrorism upon the United States. After receiving an anonymous tip, undercover FBI agents met with Osmakac and learned the details of his terror plot.

Osmakac described his intentions of setting off car bombs in crowded areas throughout Tampa, following such explosions with high-powered assault weapons attacks against the public. “I want to do something terrifying, like one day, one night, something’s going to happen, then six hours later something else,” Osmakac told FBI agents.

Osmakac apparently relished the thought of utilizing a suicide vest to add the finishing touches to his day of terror. Expecting to die rather than be taken alive, he stated, “We all have to die. So why not die the Islamic way?”

The arrest of Sami Osmakac is but the latest in an increasing string of Islamist-inspired terrorism plots against the American homeland. Whether the origins of such an attack are at home or abroad, the potential for such an event culminating in a devastating loss of life remains.

Uncovering the seedlings of such a plot requires the vigilance of the American public. It also requires a robust and empowered state and local law enforcement apparatus capable of uncovering and exploiting nascent terrorist operations prior to their becoming operational.

While the intelligence-gathering mandate nominally resides within the purview of the federal government, state and local law enforcement must take a greater role in this endeavor throughout the nation. An over-reliance on intelligence-gathering capacities at the federal level will only tax those resources and under-utilize the tremendous capabilities of our nation’s 18,000 domestic law enforcement agencies.

In a recent report released by The Heritage Foundation, the need for state and local law enforcement to expedite their adoption of a comprehensive and integrated suspicious activity reporting (SAR) system is addressed. Having such processes in place will act as a force multiplier in the nation’s collective responsibility to inhibit and mitigate the terrorist threat.

In a similar vein, earlier this week a group of homeland security specialists issued a thought-provoking report calling for the Department of Homeland Security (DHS) to refine its intelligence-gathering and analysis mandate.

Bipartisan members of the Aspen Homeland Security Group, a coalition of experts in the nation’s homeland security and counterterrorism community, called on DHS to rethink its intelligence-gathering mechanisms to include stronger, more collaborative relationships with state and local counterparts.

“The DHS enterprise is more complex than other agencies responsible for America’s security, and its intelligence mission is correspondingly multifaceted,” noted the report. Members of the Aspen group acknowledged the unique legislative mandate that allows DHS to effectively perform core functions of the national security enterprise at the federal level, such as securing borders and analyzing travel, preventing cyber intrusions, and protecting the nation’s critical infrastructure.

The effectiveness of DHS to perform these core functions, however, can actually be enhanced if its approach to state and local intelligence gathering focused more on collaboration and reducing redundancies.

State and local law enforcement agencies routinely acquire intelligence at their respective levels, much of which proves to be instrumental in the development of broader investigations linked to larger plots against the homeland. Reinforcing and strengthening the working relationships between these agencies and DHS can enhance the quality of information gathered and analyzed at all levels of government, producing higher-quality intelligence.

“This new approach to intelligence—serving local partners’ requirements, providing intelligence in areas (such as infrastructure) not previously served by intelligence agencies, and disseminating information by new means—reflects a transition in how Americans perceive national security,” the report assessed.

The terrorist threats facing the nation continue to evolve. So should the manner in which DHS and its counterparts at the state and local level view their respective roles in the process of mitigating those threats.

The Aspen group summarized: “As threats grow more localized, the prospect that a state/local partner will generate the first lead to help understand a new threat, or even an emerging cell, will grow. And the federal government’s need to train, and even staff, local agencies, such as major city police departments, will grow.”

A true recognition of the need to incorporate and support information gathering and analysis at the state and local level is long overdue. The Aspen report articulates the need for such a shift in thinking—one that ensures that any plot to attack the homeland can be effectively investigated and addressed at any and all levels of government. 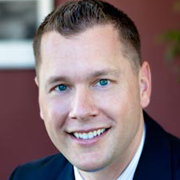