72 Representatives Know What America Needs, and It Is Not a Tax Hike

Seventy-two Members of the U.S. House of Representatives, including Representatives Patrick McHenry (R-NC) and Jim Jordan (R-OH), have joined 33 U.S. Senators in standing tall against continued overspending, overborrowing and overtaxing.

In a letter today to the congressional Joint Select Committee on Deficit Reduction, known as the Supercommittee, the 72 Representatives hit the nail on the head: “It is evident that America has a fiscal crisis because Washington spends too much, not because it taxes too little.”  Their letter made clear what will happen if the Supercommittee leads Congress to increase taxes: “Increasing taxes on Americans would destroy jobs, erase all hope of an economic recovery, and simply serve to feed out-of-control spending in Washington.”

The Heritage Foundation has called upon the Supercommittee to “drive federal spending down — including by fixing ever-expanding entitlement programs — toward a balanced budget, while preserving our capability to protect America, and without raising taxes.” It can be done, and the Supercommittee can do it.  To show them how, Heritage sent each member of the Supercommittee the detailed Heritage plan for “Saving the American Dream.”

The Supercommittee has a chance — one chance — to get it right.  More taxes means more government and a worse economy.  The Supercommittee should recommend legislation that rests on three pillars: (1) cut non-security spending, (2) maintain defense capabilities, and (3) do not hike taxes.

The eyes of America are on the twelve members of the Supercommittee as they make their choice in the coming week on what to recommend to Congress.  They can choose to be the Trustworthy Twelve who finally control spending and put us on the path to fiscal responsibility.  Or they can choose to be the Dirty Dozen who just give up and hike taxes on America.

America knows it can count on the 72 Representatives and 33 Senators who stood up and spoke out against a tax increase.  Can America count on the 12 members of the Supercommittee? 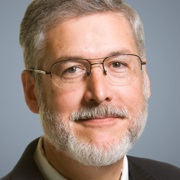