Reflecting back on September 11, 2001 as we reach the 10th year anniversary of that date, I am reminded – as we all are – of where we were on that day. I was actually a state legislator in Florida, and I was sitting in the Capitol when these events were unfolding. I think even though we knew what was happening was an important moment in American history, it was impossible 10 years ago on that day to fully comprehend the impact it would have on our lives for so long.

In fact, the last decade has been defined by 9/11, and the last decade for America has largely been defined by the events of that day. So much has changed.  The world has always been a dangerous place, and America and our freedom have always had enemies. But usually it’s been countries and nation states, leaders and armies that wore uniforms, and this changed everything. This was an act of terrorism that actually reached the shores of our country. It’s a deep human tragedy, but politically and especially in global politics, it really redefined the world in a way that we’re going to be living with for a very long time. It reminded us that, even now, there are people all over the world who hate the freedoms that America stands for, that want to impose their worldview on as many people as possible, and they see America as the only nation willing and able to stand in their way.

What I’m proudest of is that America not only quickly stood up and recovered, but actually went out and went after the people who did this. And 10 years later, the world is still dangerous and there are never any guarantees, but the people that carried out this event and this attack on America are now no longer able to do the things they used to be able to do with impunity just 10 years ago. And we, as an American people, should be proud of what our nation has stood for, once again standing for the values that America has always stood for – the defense of the liberties and freedoms of people all over the world.

Marco Rubio is the United States Senator for Florida

The views expressed by guest bloggers on the Foundry do not necessarily reflect the views of The Heritage Foundation. 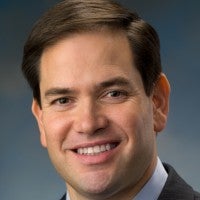 Sen. Marco Rubio, R-Fla., is a member of the Senate Foreign Relations Committee and the Senate Select Committee on Intelligence.