President Obama Is Against A Balanced Budget

President Barack Obama declared in a press conference today that he is against the Cut, Cap, and Balance Act and a Balanced Budget Amendment to the Constitution (BBA).  Obama said that a BBA is not needed for Congress and the President to balance the budget. The facts contradict the President’s statement and tell a different story.

If it is so easy for Congress and the President to balance the budget, why are they running a $1.5 trillion debt or more this year? Ironically, the President submitted a budget to Congress for next year that was nowhere near balanced.

The President’s $3.7 trillion budget for Fiscal Year 2012 was dead on arrival in Congress.  The Senate voted unanimously, 97-0, to reject the President’s budget.  Why?

The President’s FY 2012 budget contains 43 tax hikes.  Curtis Dubay writes for The Heritage Foundation that his budget would raise taxes by $1.5 trillion over the next decade:

In what is becoming an annual tradition, President Barack Obama’s newest budget proposes a host of unnecessary tax hikes that will slow economic growth. His fiscal year 2012 budget contains 43 tax hikes that will needlessly confiscate an additional $1.5 trillion from Americans over the next decade. That works out to $12,000 per household over that time.

The President’s FY 2012 budget contains $13 trillion in deficit spending over the next 10 years.  Brian Riedl wrote for The Heritage Foundation that budget gimmicks have bee used to hide the true cost of President Obama’s blueprint for spending:

The White House’s mid-session budget review recently forecast that President Barack Obama’s budget would create $9 trillion in budget deficits over the next decade–more debt than America accumulated from 1789 through 2008 combined. Yet even that figure likely understates the 10-year budget deficit by nearly $4 trillion. It completely excludes the proposed new health care entitlement, underestimates other costs, and fails to include the full price of major legislation that the President has endorsed.

According to the Associated Press, the Congressional Budget Office projects a $1.3 trillion debt next year as a result of the President’s budget:

The Obama administration is set to report Friday that the federal budget deficit exceeded $1 trillion for the second straight year, providing critics of government spending with fresh ammunition ahead of the midterm congressional elections. The Congressional Budget Office is projecting that the deficit for the 2010 budget year that ended Sept. 30 will total $1.29 trillion. That’s down by $125 billion from the $1.4 trillion in 2009 – the highest deficit on record. Soaring deficits have become a problem for Democrats in an election year focused on the weak economy.

The House and Senate have differing versions of a Balanced Budget Amendment to the Constitution, yet they are similar in that they both force the President to balance the budget, cap spending, force Congress to pass increased taxes with a supermajority and make it harder to raise the debt ceiling.

Both versions do the following:

For an excellent history of the BBA, please read Considering a Balanced Budget Amendment: Lessons from History by The Honorable Ernest Istook, Distinguished Fellow at The Heritage Foundation.  The time is now for Congress to discuss and debate ideas that will balance the budget.  Despite the President’s comments today, current law and current leadership have proven insufficient to get the job done. 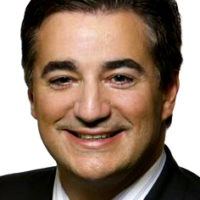