On September 17, we celebrate the creation of our Constitution, one of the greatest governing documents ever conceived by the hand of man. This is the day we commemorate the birth of the United States as a nation, based on the rule of law and dedicated to the preservation of personal liberty, political freedom, economic opportunity, and the natural rights with which we are all endowed by our Creator.

But 223 years after the formal signing of the Constitution, our country stands at a dangerous crossroads, the likes of which we have never faced before, although it is one that was certainly feared by many of our Founders. James Madison and many of the other leaders of our country who were at the Constitutional Convention were all classically educated. They were better educated about history than many of our representatives in Washington today and they were well aware of what had happened to ancient democracies in Athens and Rome.

We are faced today with two different roads, one of which follows the path of liberty set by our Founders in the Constitution, and one of which diverges from that path and leads us down the road to tyranny. There are two different warring camps within our society, and the ongoing battle between those camps has been graphically illustrated in recent primary elections and by the vicious fight over the nationalization of our healthcare system.

On one side are those of us, including the members of the Tea Party movement, who work hard to support their families, who love their country, and who understand and revere a document that has stood firm for 223 years to guide us. These ordinary, everyday Americans rightly fear the unprecedented growth in the size and power of the federal government. They are angry over the unsustainable and uncontrollable growth of federal spending and the federal deficit that will inevitably lead to financial ruin. They are appalled over the contempt shown by so many in the other camp for our governing document, the Constitution.

The Heritage Foundation has distributed over 4 million copies of the Constitution, a number that shows the interest and dedication of so many Americans to preserving the liberty, freedom, and limits on the power of government that are ingrained in that charter.

That other camp is made up of politicians who recognize no limits on their power, their liberal activist allies in the judiciary, and members of the media, Hollywood, and academia, who have been stretching, bending, and chipping away at the Constitution for decades. They welcome a tyranny of elites who can govern however they see fit without being checked and limited by what they view as an “anachronistic” document and the parochial views of the American people. After all, they know what is best for all of us. They should control our lives and our economy.

Their contempt and disdain for the Constitution was vividly illustrated by Speaker Nancy Pelosi when she was asked “where specifically does the Constitution grant Congress the authority to enact an individual health insurance mandate?” Her now infamous answer was “Are you serious? Are you serious?” The very idea that Congressional power has limits never even occurred to her. Similarly, Cong. Pete Stark (D-CA) was asked “How can this [healthcare] law be Constitutional, but more importantly than that, if they can do this what can’t they?” Starks’s answer: “The federal government, yes, can do most anything in this country.” The very idea that Congress only has the enumerated powers laid out in the Constitution is completely foreign to Stark. And too many in Washington have that exact same view.

This same camp of elitists uses class warfare to divide the American people and to expand the power of the federal government. They use entitlements as a bribe and have taken away the requirement for large numbers of Americans to pay taxes, making it easier to raise taxes and extract exorbitant amounts of money from the producers and entrepreneurs in our country who have, before today, given us the prosperity and quality of live that has made us the envy of the world.

We have not had one momentous event that has put us on the path to tyranny. Rather, we have had a long series of small steps by the courts, the executive branch, and Congress through legal decisions, regulations, and legislative enactments that have steadily diminished our liberty and freedom, and increased the power of government over our lives. My former boss, Ronald Reagan, correctly observed that a government big enough to supply everything you need is big enough to take everything you have. We are, unfortunately, increasingly on our way down that road.

We have a dedicated elite intent on destroying the Constitution and building a government so big and so powerful, that eventually we could be unable to resist and fight back against the inevitable loss of our freedoms. But fortunately, we are seeing the start of a revival amongst the American people, a recognition of the importance of preserving the Constitution and it’s wonderfully designed, interlocking provisions that were intended to protect our God-given rights and to prevent our government from becoming a tyranny.

There is a growing movement throughout America to reinvigorate the tree of liberty, a tree whose trunk is the Constitution, whose limbs are the Bill of Rights, and whose leaves are the new sons and daughters of liberty who embody the same spirit that infused our Founders. On Constitution Day, let Americans rededicate themselves to securing “the Blessings of Liberty to ourselves and our Posterity” by actively working to preserve the Constitution of the United States.

The author, Former Attorney General Edwin Meese, III is the Ronald Reagan Distinguished Fellow in Public Policy and Chairman of the Center for Legal and Judicial Studies at the Heritage Foundation. 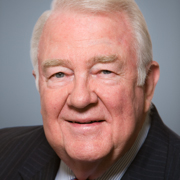