Does FEMA Know Where Its Homeland Security Grants Are Spent?

Under the Freedom of Information Act (FOIA), the Heritage Foundation requested basic grant information on the Transit Security Grant Program and the Port Security Grant Program. The transit security grants provide taxpayer funds to mass transit and passenger rail systems to “protect critical surface transportation infrastructure and the traveling public from acts of terrorism, major disasters, and other emergencies.” The port security grants are intended to help port “prevent, detect, respond to and recover” from terrorist attacks.

To date, FEMA has been unable to provide the Heritage Foundation with this simple information on where and when these grants have been awarded to local jurisdictions for each fiscal year of the existence of these programs. The information requested by the Heritage Foundation is long overdue. The transit and port security FOIA requests were received by FEMA 77 and 65 days ago, respectively.

Despite President Obama’s promise, the Associated Press reported earlier this year that FOIA request denials dramatically increased during President Obama’s first year in office, compared to President Bush’s last year in office. This trend doesn’t bode well for openness and transparency in government. When will FEMA provide simple information on how homeland security grants are awarded? 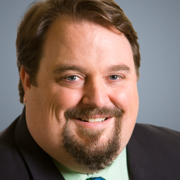