Today I exposed a “smoking gun” White House memo to the Environmental Protection Agency (EPA). The memo warns that regulation of small CO2 emitters will have “serious economic consequences” for businesses and the overall economy. I was questioning EPA Administrator Lisa Jackson during the Senate Environment and Public Works Committee budget hearing.

I received the memo this morning, that’s marked ‘Deliberative: Attorney-Client Privilege’. In this memo Counsel for the White House repeatedly, repeatedly suggests a lack of scientific support for this proposed finding. This is a smoking gun, saying that the EPA findings were political and not scientific.

The EPA has failed to release the memo and has ignored the advice.

The nine-page White House memo undermines the EPA’s reasoning for a proposed finding that greenhouse gases are a danger to public health.

This misuse of the Clean Air Act will be a trigger for overwhelming regulation and lawsuits based on gases emitted from cars, schools, hospitals and small business. This will affect any number of other sources, including lawn mowers, snowmobiles and farms. This will be a disaster for the small businesses that drive America.

To quote from the memo to the EPA, “making the decision to regulate carbon dioxide under the Clean Air Act for the first time is likely to have serious economic consequences for regulated entities throughout the US economy, including small businesses and small communities.”

The memo is an amalgamation of findings from government agencies’ sent from the Office of Management and Budget to the EPA.

This smoking gun memo is in stark contrast to the official position presented by the Administration and the EPA Administrator.

Despite the findings in the memo, the White House has given the EPA the green light to move ahead with regulation under the Clean Air Act.

According to government records, the document was submitted by the OMB as comment on the EPA’s April proposed finding that greenhouse gases are a danger to public health and welfare.

The memo – marked as “Deliberative-Attorney Client Privilege” – doesn’t have a date or a named author. But an OMB spokesman confirmed to news agencies that it was prepared by Obama administration staff.

BACKGROUND: The White House brief questions the link between the EPA’s scientific technical endangerment proposal and the EPA’s political summary. Administrator Jackson said in the endangerment summary that “scientific findings in totality point to compelling evidence of human-induced climate change, and that serious risks and potential impacts to public health and welfare have been clearly identified…”

The White House memo notes, the EPA endangerment technical document points out there are several areas where essential behaviors of greenhouse gases are “not well determined” and “not well understood.”

It warns about the adequacy of the EPA finding that the gases are a harm to the public when there is “no demonstrated direct health effects,” and the scientific data on which the agency relies are “almost exclusively from non-EPA sources.”

The memo contends that the endangerment finding, if finalized by the administration, could make agencies vulnerable to litigation alleging inadequate environmental permitting reviews, adding that the proposal could unintentionally trigger a cascade of regulations. 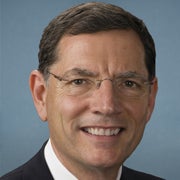