Bad energy policy usually involves repeating the mistakes made from 1970 to 1980 — windfall profits taxes, federally subsidized alternative energy sources, price controls, and others. All of these old ideas are back in play, even though their track record for worsening rather than solving the nation’s energy problems is there for all to see. But when it comes to the green jobs argument — that new federal energy and environmental requirements will create jobs and spur economic growth — we’re also repeating the blunders of another decade, the 1930s.

That’s the decade when we learned — or at least should have learned — that government-created makework jobs are no panacea, and indeed are a drag on the economy and a net job killer. All those New Deal programs and massive public works projects certainly did not hasten the end to the Depression, and their cost may have helped prolong it.

So it is with the assertions that federal programs to mandate greenhouse gas emissions reductions or to require alternative energy sources will create jobs and reverse the economic downturn. The problem with such jobs — be they retrofitting power plants and factories to emit fewer greenhouse gases or installing solar panels on rooftops — is that they provide little or no value added. After all, to the extent these activities made economic sense, they would be going on in the absence of federal laws requiring them.

For all their distortions and inefficiencies, green jobs wouldn’t be a problem if the resources to pay for them materialized out of nowhere, but of course the money is diverted from other, more productive jobs. The net effect on unemployment and the overall state of the economy is negative.

Consider, for example, the proposed federal renewable portfolio standards (RPS), which mandate that a certain percentage of electricity be generated from wind power and other so-called renewable sources. Certainly, from the narrow perspective of the wind energy industry, this measure would create the jobs needed to build, install and run the additional windmills. However, the electricity generated by wind and other renewables is more expensive, which is why this industry needs government mandates in the first place. Higher energy prices destroy jobs, especially in the manufacturing sector.

Jobs can be created by federal green fiat, but other (probably better) jobs will be lost, and overall economic output suffers. Some environmentalists are at least honest about the fact that their agenda entails costs, and argue that the costs are worth it. But the claim by others that this agenda can boost the economy through green jobs is nothing more than a con job. 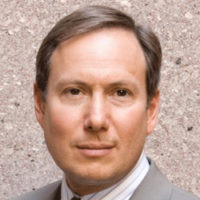 Ben Lieberman is a senior fellow at the Competitive Enterprise Institute specializing in environmental policy.